We couldn’t wait for Nepal because of the similarities to India and the Indian cuisine…and indeed, it didn’t let us down, on the contrary, based on the experiences we had on the first night we knew that we will love the food from Nepal. Firstly, and most importantly, here we did not have to chase the vegetarian foods. Basically everything on the menu is vegetarian (and finally the vegetarian food is cheaper than those containing meat), and what it is not vegetarian, it is listed in a separate “non-veg” column. The first food that we ate was the Tibetan “momo”. The foods get spicier and spicier the closer we get to India, but we got pretty used to them, and the foods are spicy in a different kind of way, not like the Indian foods from Europe.

So, momo, the dish we consumed almost daily: 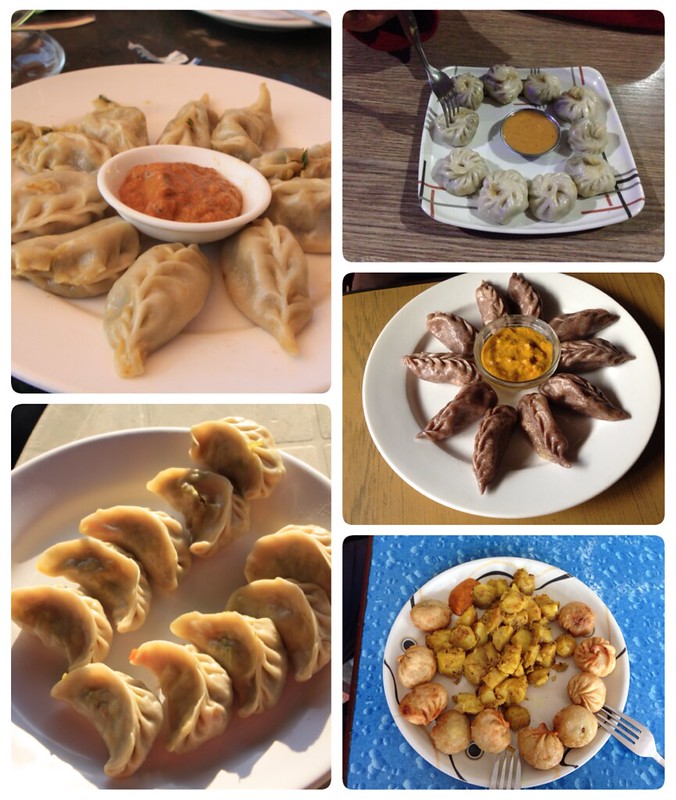 Basically, this is a little bag made of pastry that is prepared, filled (with cabbage, carrots, potatoes, cheese, spices) and rolled differently everywhere. It can be ordered boiled, steamed, and fried in oil. It is always served with a mildly spicy, tasty sauce.

One variation of this food is the Tibetan dish filled with spicy veggies, that is then deep fried: 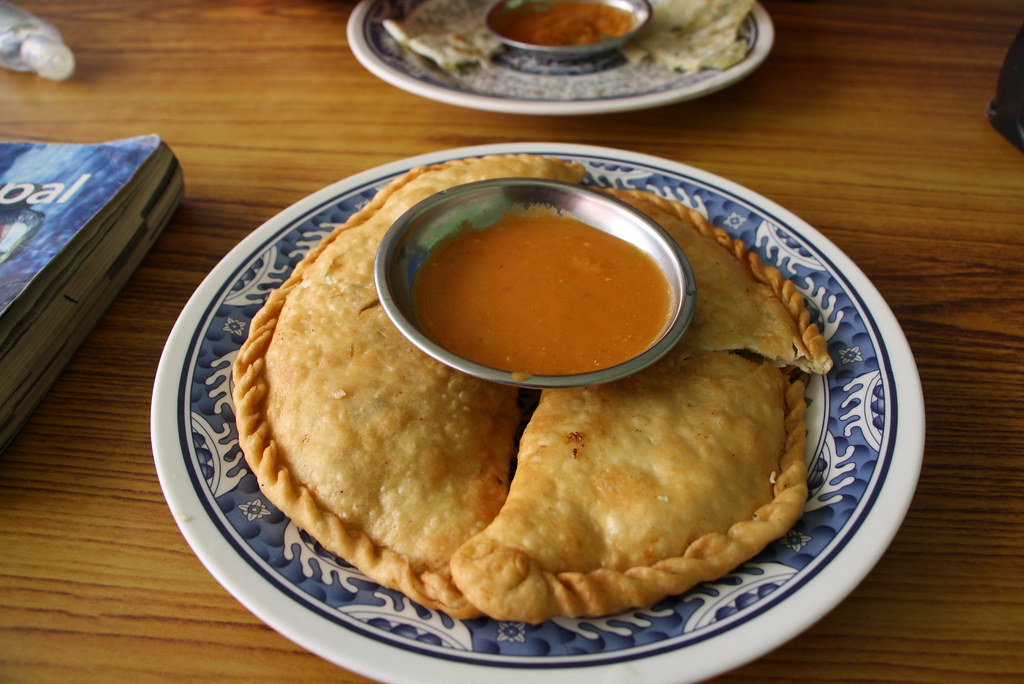 The people from Nepal only eat two foods on a daily basis… and so did we with the family. Vegetables that are in the season, with curry, dhal (yellow pea soup), and some kind of bitter vegetable that they claim to be spinach, but for sure not the spinach we know: 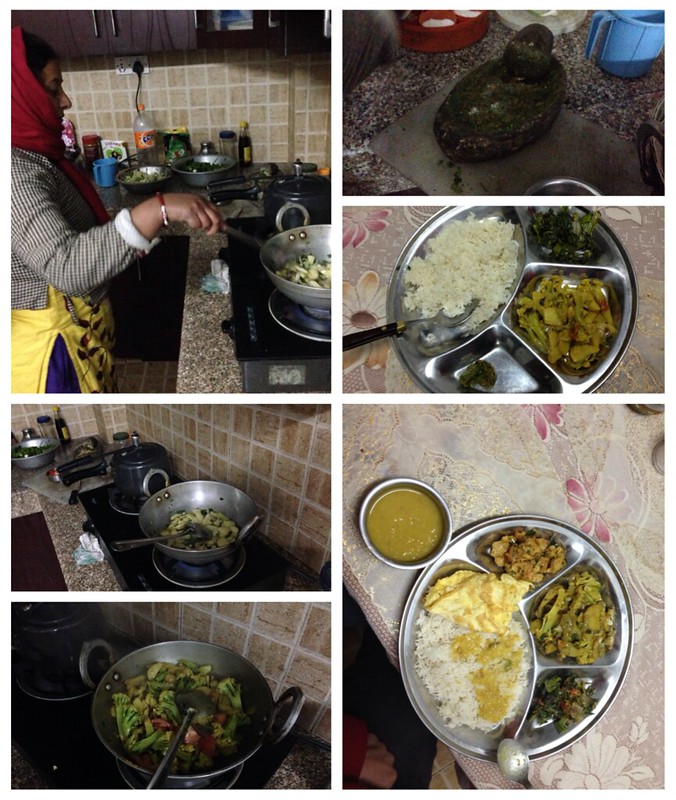 These three are consumed with rice or chapatti bread. Dóri learned all the secrets in the kitchen from Shita, so we are inviting everyone to a dinner with foods from Nepal. 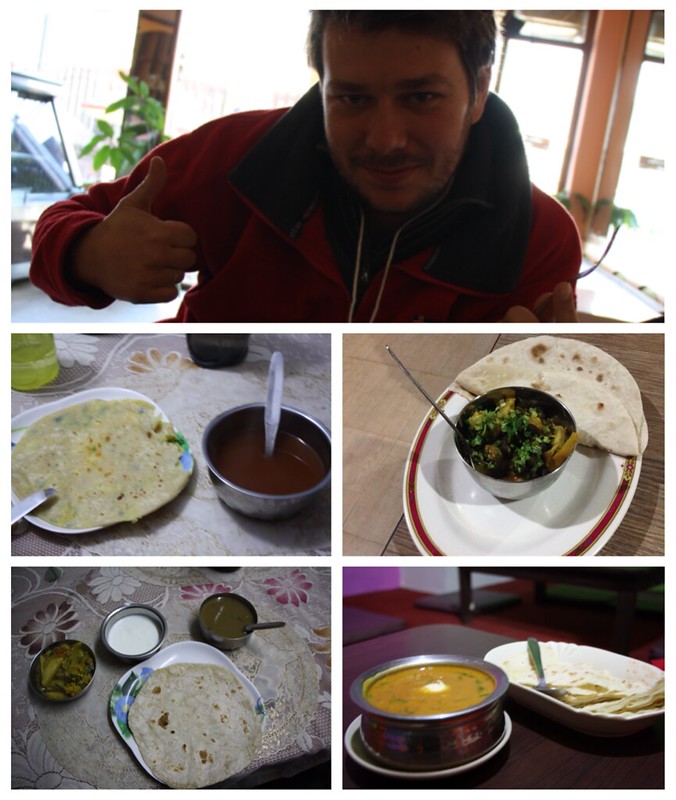 Another great food that can be found wherever and is cheap is the “chowmein” vegetable noodles in a variation from Nepal. 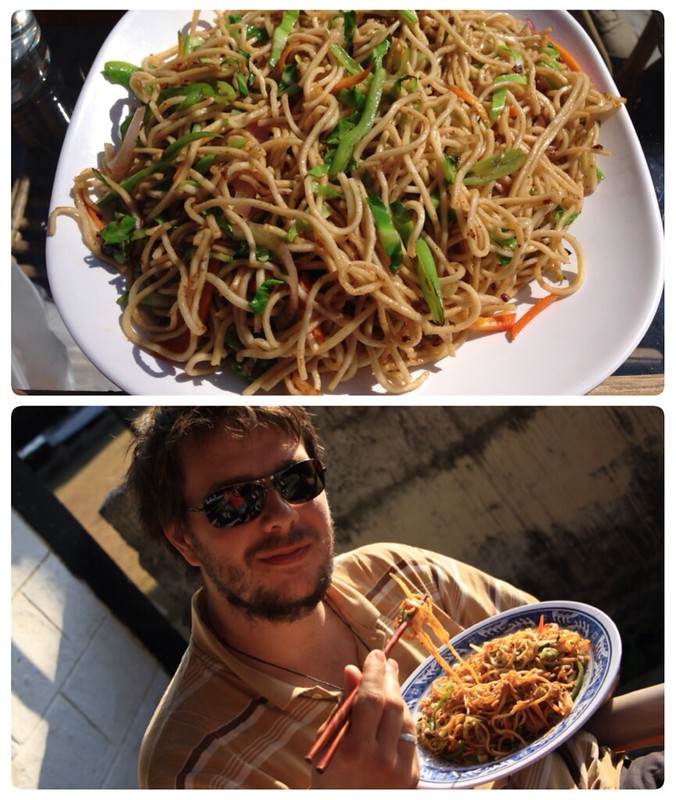 The noodles soup is an existing dish, but is completely different from the one in China, even so, we didn’t like it… again. And for a reason… the Hungarian noodles is swimming in the soup, and it is not noodles drained in a little soup. 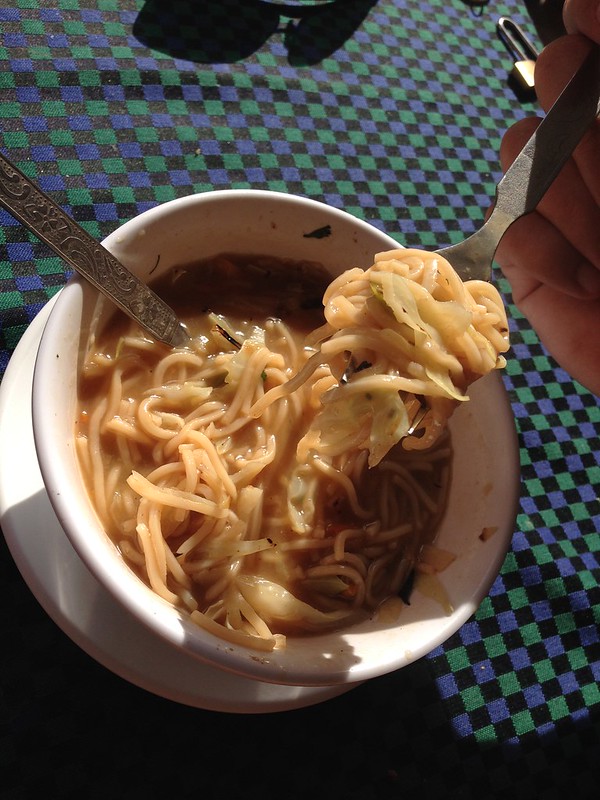 Another special food is the one with vegetables and veggie patties served in a pan on a layer of   “sizzler” noodles. 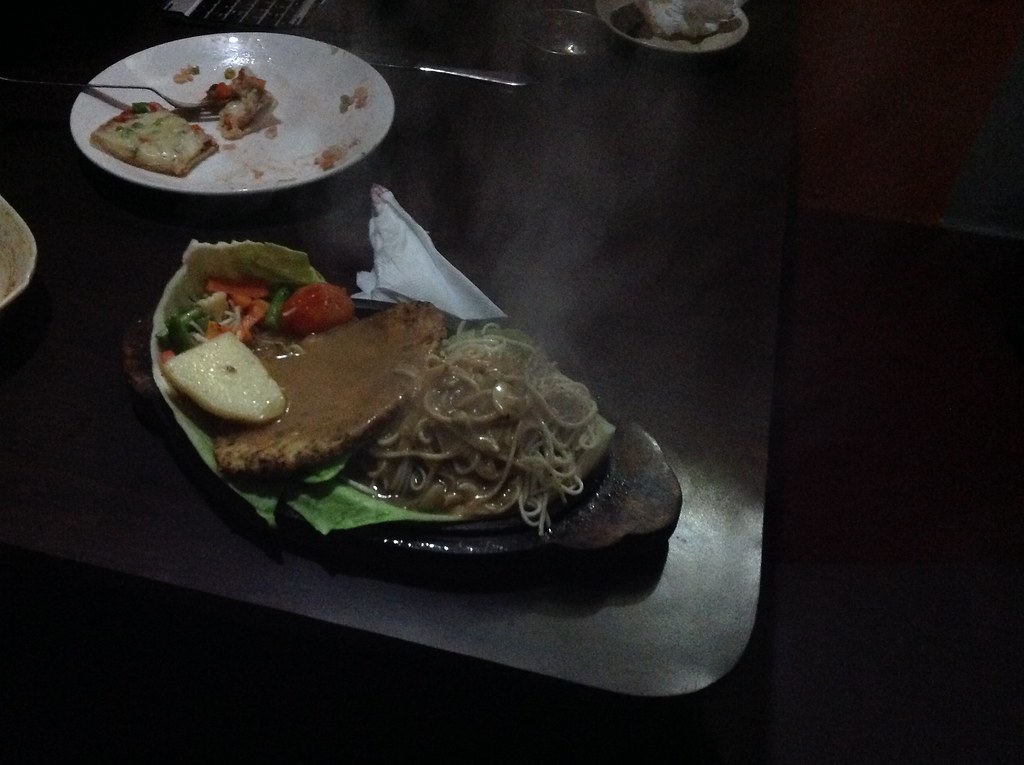 In Nepal many kinds of vegetarian burgers, pancakes and salads in a Nepal style can be found, and there is, of course, a lot of Indian food. 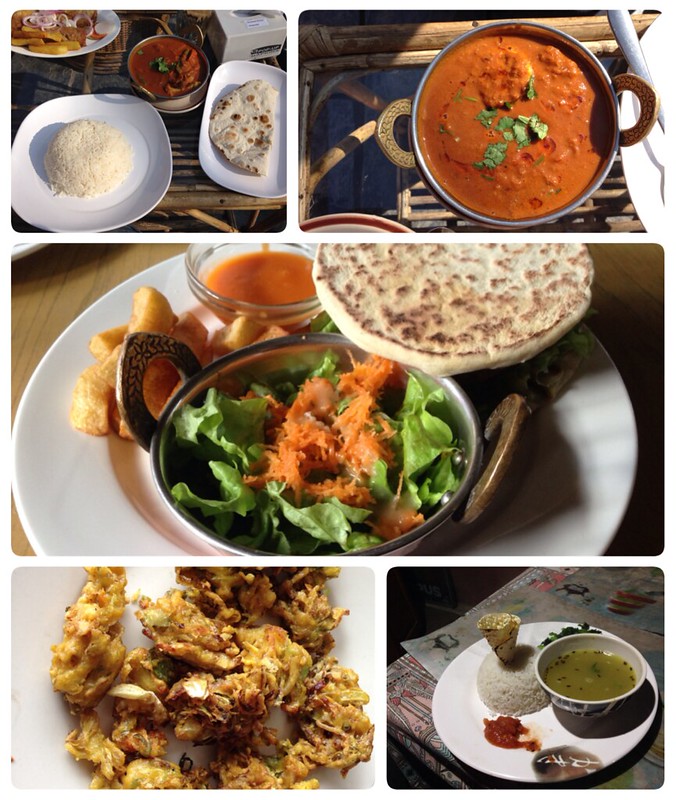 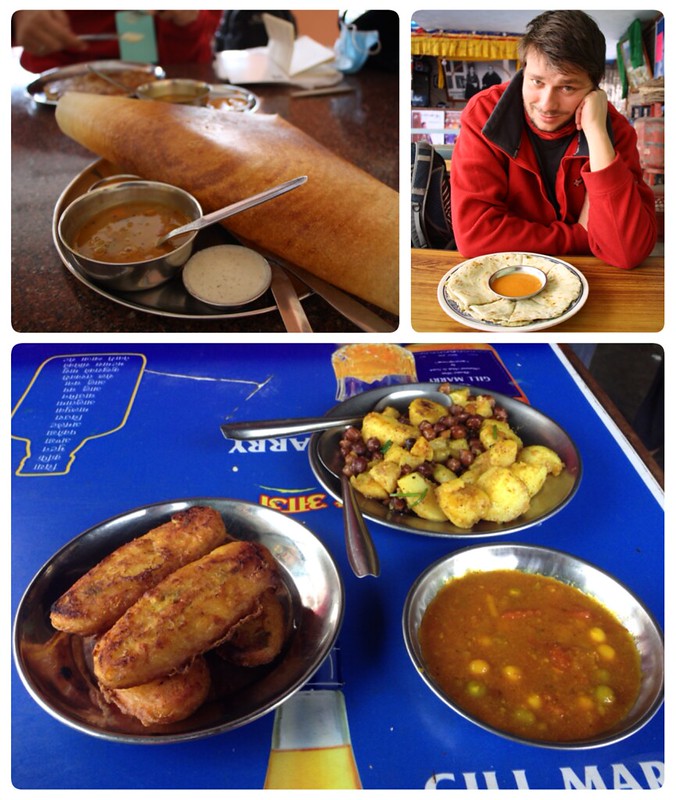 Without doubt, the strangest food served here was the “food dish”. We couldn’t decide from the picture what it was going to be, a lady cooked it on the streets. It was hard rice flakes with a sauce, fresh veggies with parsley, peanuts and some other seeds; we don’t know to the day what those were. Thank God we did not get ill after this completely raw food. 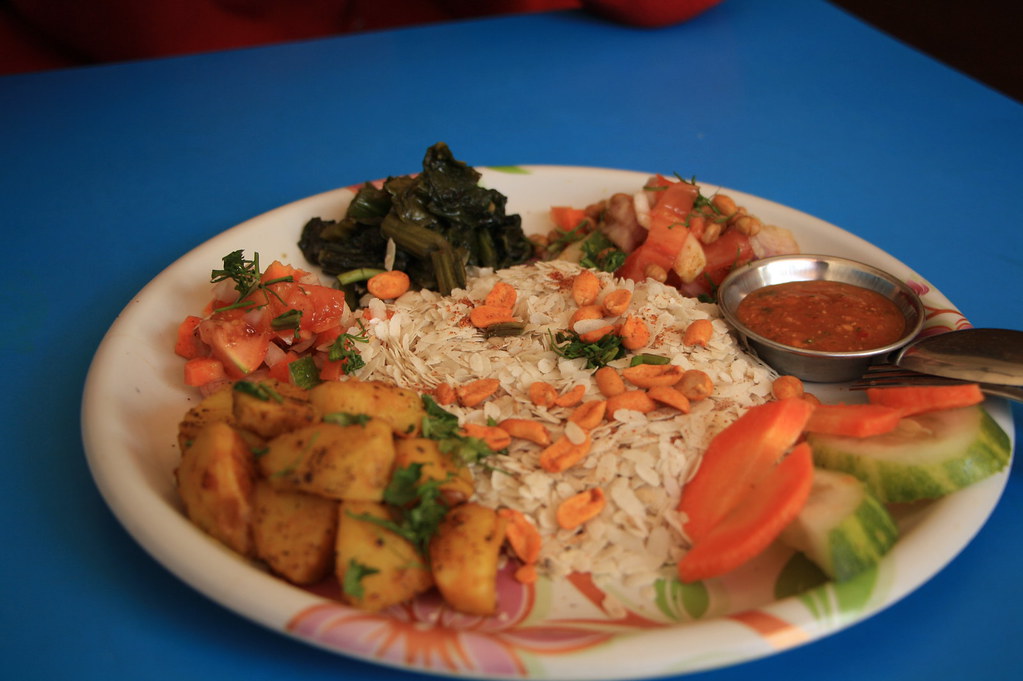 The sweets are also delicious, but as an interesting fact, they do not have breakfast, they only drink a sort of milky tea. We did have a breakfast, and we ate tasty pancakes, and we tried out the sweet ring made of wheat flour that was sold in villages. 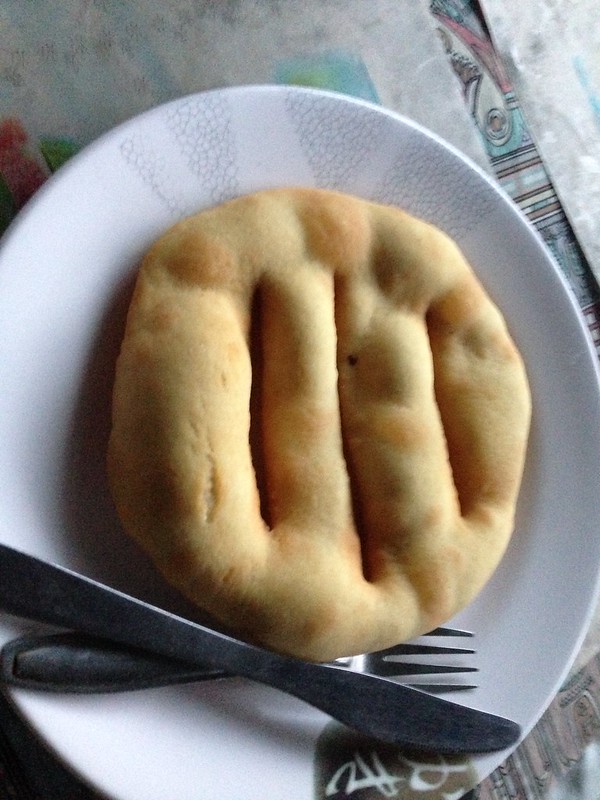 Tibetan fried bread for breakfast (up) 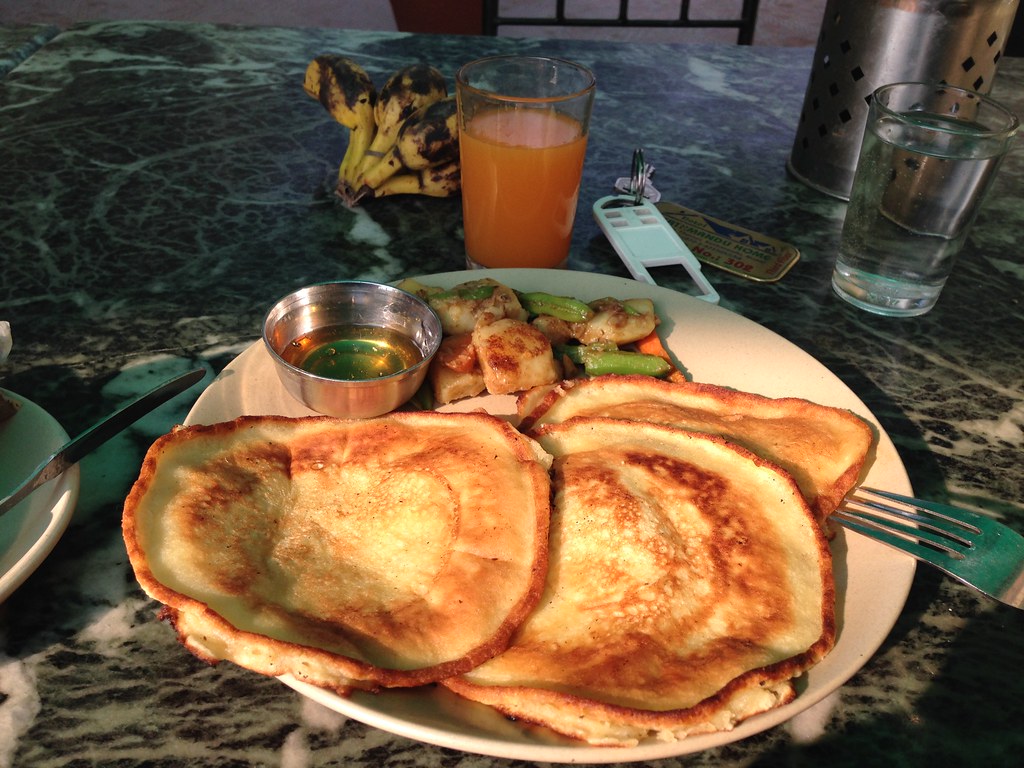 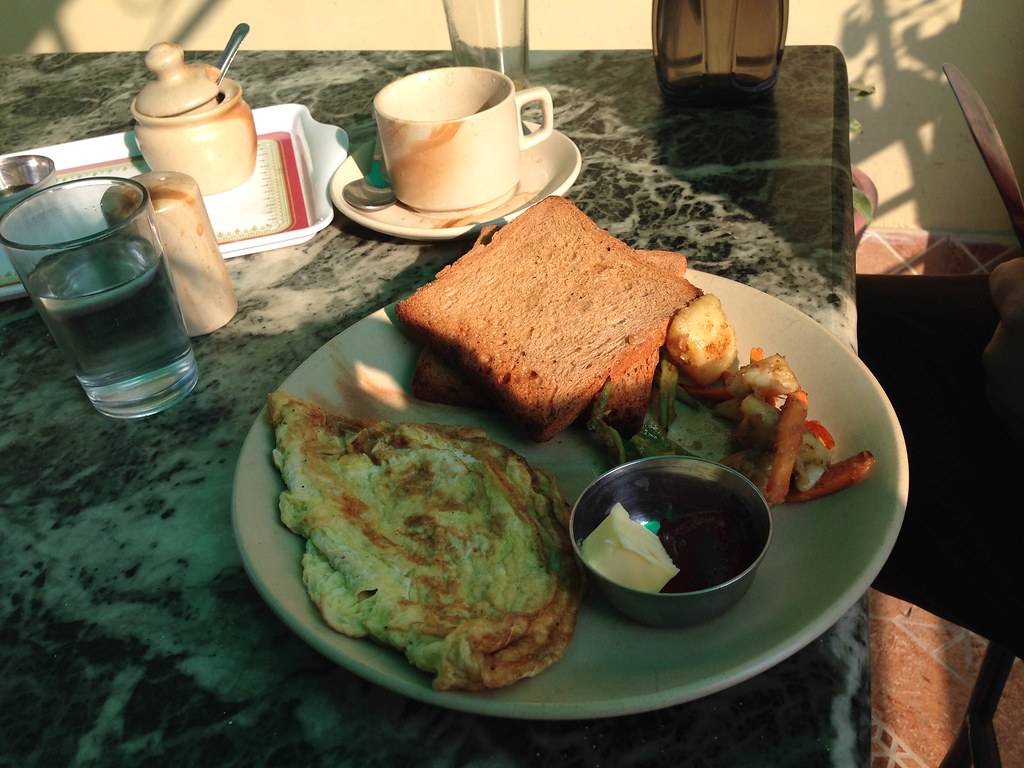 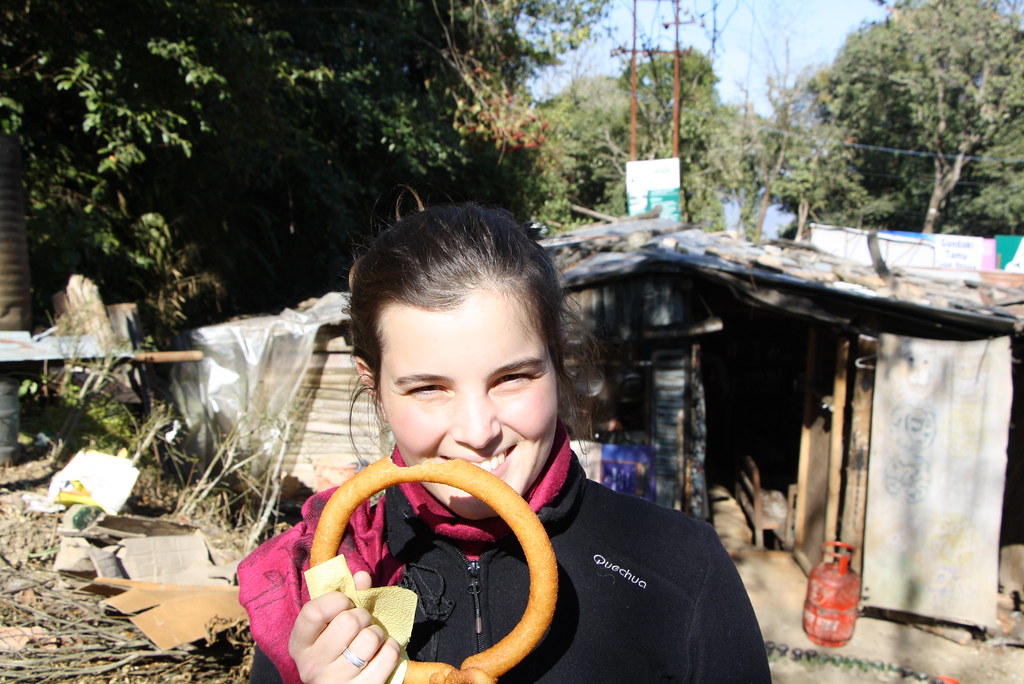 The best thing, that we had three times a day, is the tea with milk that they consume out of this cute little cup. No matter who we talked to, or who invited us into a store, we were always invited to consume this beverage. 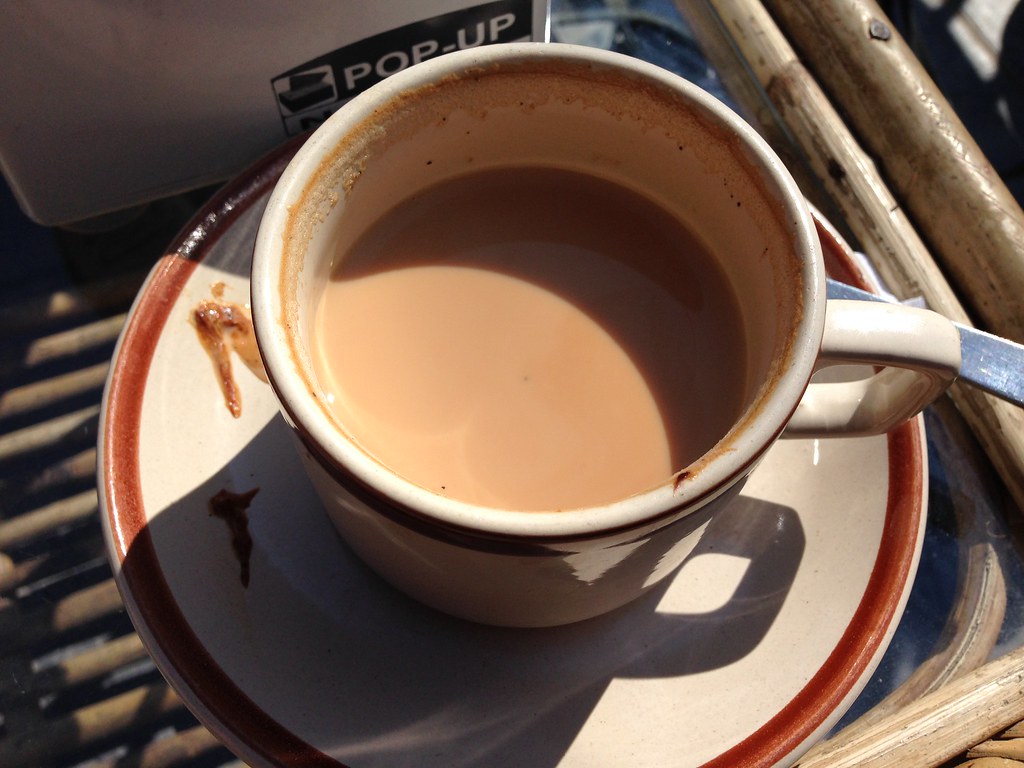 Why didn’t we get ill despite the fact that we tasted everything, including street food? In every restaurant from Nepal, including the tiny street food restaurants, and the home prepared foods too, took a minimum of an hour is the waiting time for a food. Why? Because here everything is prepared freshly, on the spot, nothing can be put aside, or prepared in advance because of religious reasons. So everyone has to wait until the carrots are peeled, the dough is made. Unfortunately, in the first days of our stays we didn’t know that it is not polite to eat out of each other’s dishes, and only a few days later, when we read about it did we understand the strange looks that we got from the family that we stayed at, when Edi ate Dóri’s leftovers…here only the dog scan have those.